Past, special case, tinkering or dreams of the future?

Where does reverse engineering come from?

The origins of RE come from the design field. As an example, a new car design was created manually from a modeling clay and fine-tuned. The interest now is to transfer the design as exactly as possible 1:1 into a CAD so that the series parts can be constructed from it. So what was required here was a technology that could take the existing part in three dimensions and convert it into an electronic form. So we are now in the very extensive world of 3D technologies.

In recent decades, a wide variety of technologies have been developed for this purpose and have now also been produced on a mass scale. Under the umbrella term
“3D scanners”, there are large systems in which a 3D camera system is swiveled around an object, e.g. a car, by means of a robot, but also small systems that scan smaller parts with an exact resolution of fractions of a millimeter. There are fully automatic systems and manual scanners, so everything is available from highly technical systems to “plug’n play”. Of course, the investment varies accordingly, from less than a hundred or a few hundred to several tens or even hundreds of thousands of Swiss francs. 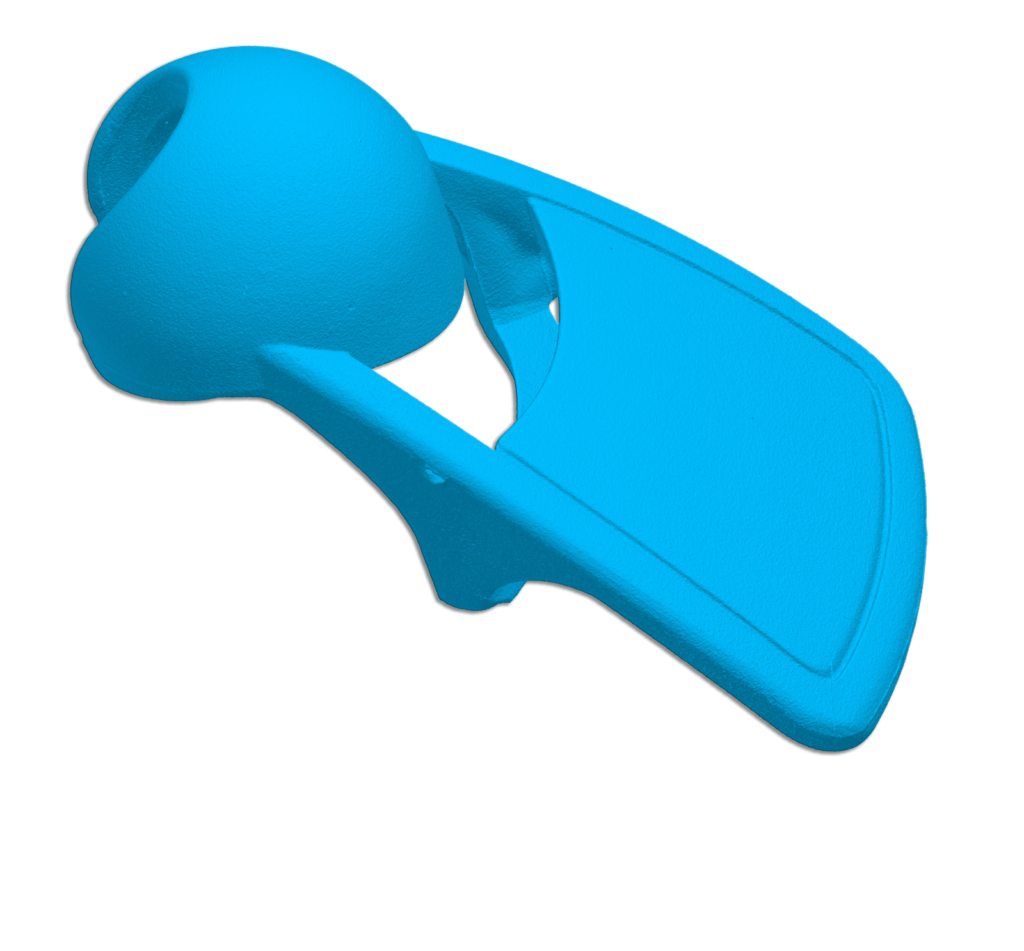 The scan resolution is so precise that sprue break, mold separation flash, sink marks and even VDI structure are visible and measurable 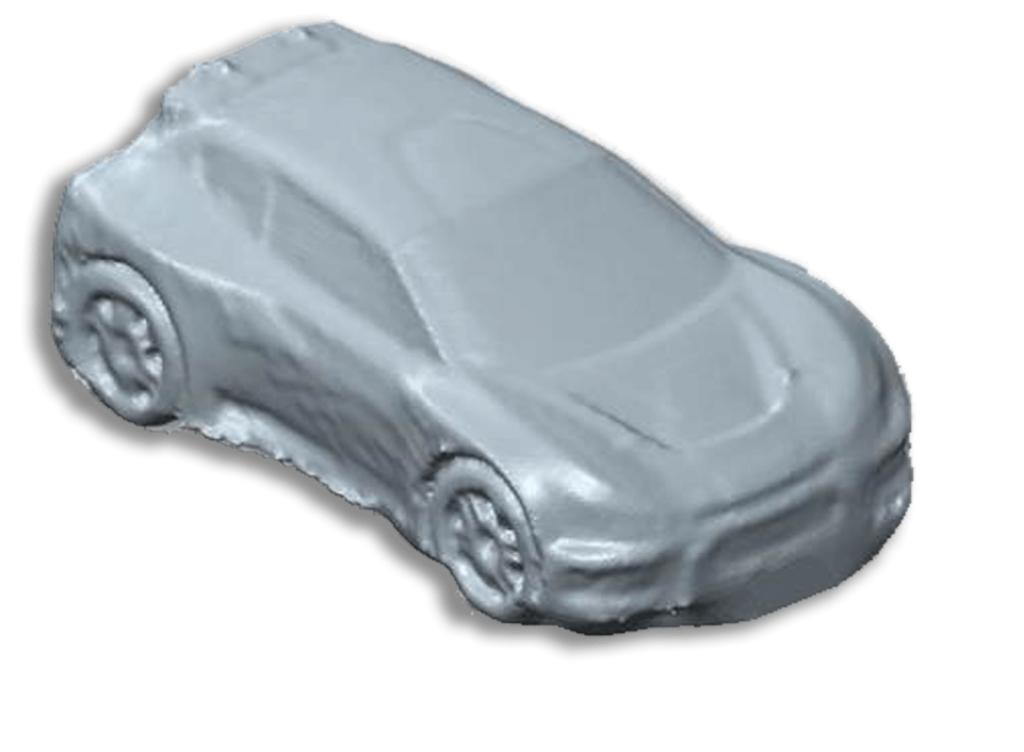 3D scan of a model car (1:10 RC car) taken with a simple freehand 3D scanner without any fixtures and optimizations

The applications are as varied as the technologies. From the aforementioned manually produced design pattern or reworked part, to natural shapes, to “simply copying” a part of which no 3D data is available.

An example of “re-design”: we used the same plastic part from a supplier for many years for a customer. When a change had to be made to this part for a new product, the manufacturer informed us that they had no 3D data of the part. How to make a change to the part now, if possible even in the same injection mold? Without RE technologies, a designer would now have to measure the part from A to Z and try to remodel it. Since the part contained 3D molds, it would be impossible to match the geometry accurately enough to adapt the existing mold. Thanks to a 3D scan, we had a 3D model to work directly from in CAD and relatively quickly we had the part remodeled to within 0.01mm. After that, we could simply bring in our modification. 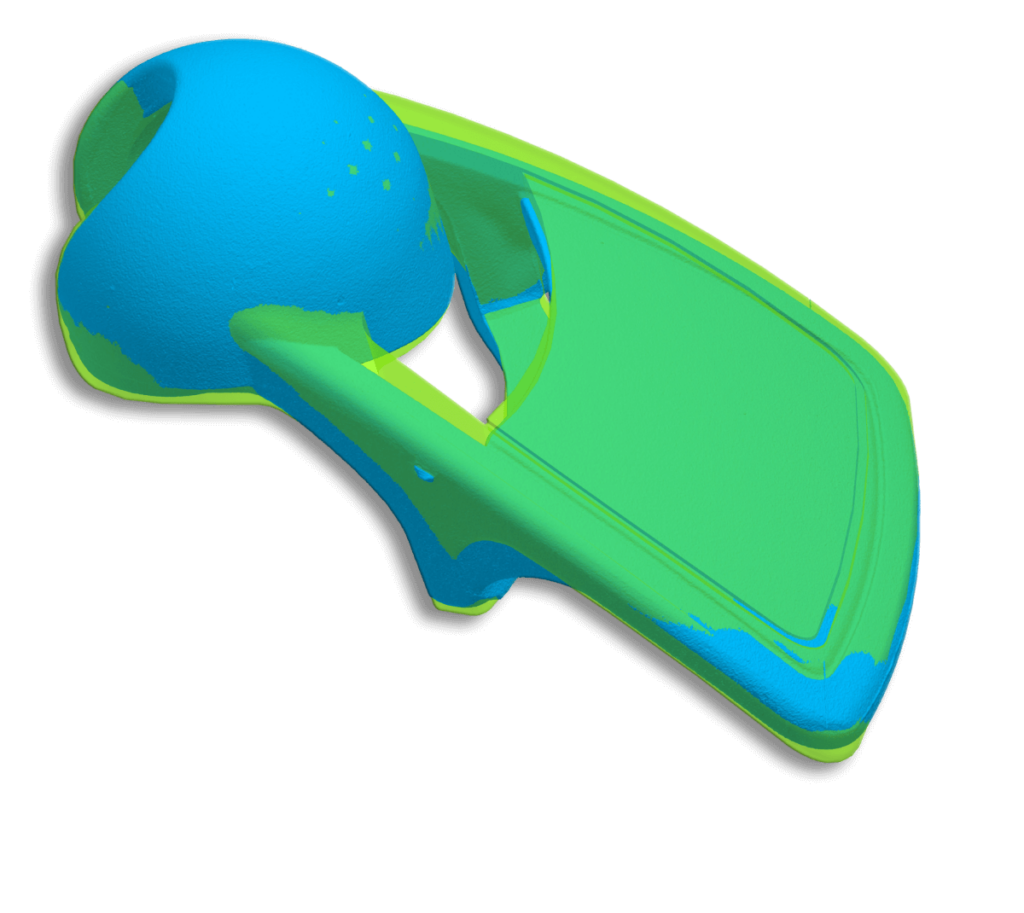 The procedure for “reconstruction” depends very much on what the new 3D file is to be used for. If it is a question of a rough model, e.g. for easy adaptation and renewed 3D printing, many 3D scanners today can make a “reverse engineering” with their own software and the file is already ready for remodeling and renewed production. However, if the file is then to be used, for example, for a series part made by injection molding, there is usually no way around rebuilding the file. In this case, the scan file is used as a reference part for electronic measurement and comparison during and after the rebuild. 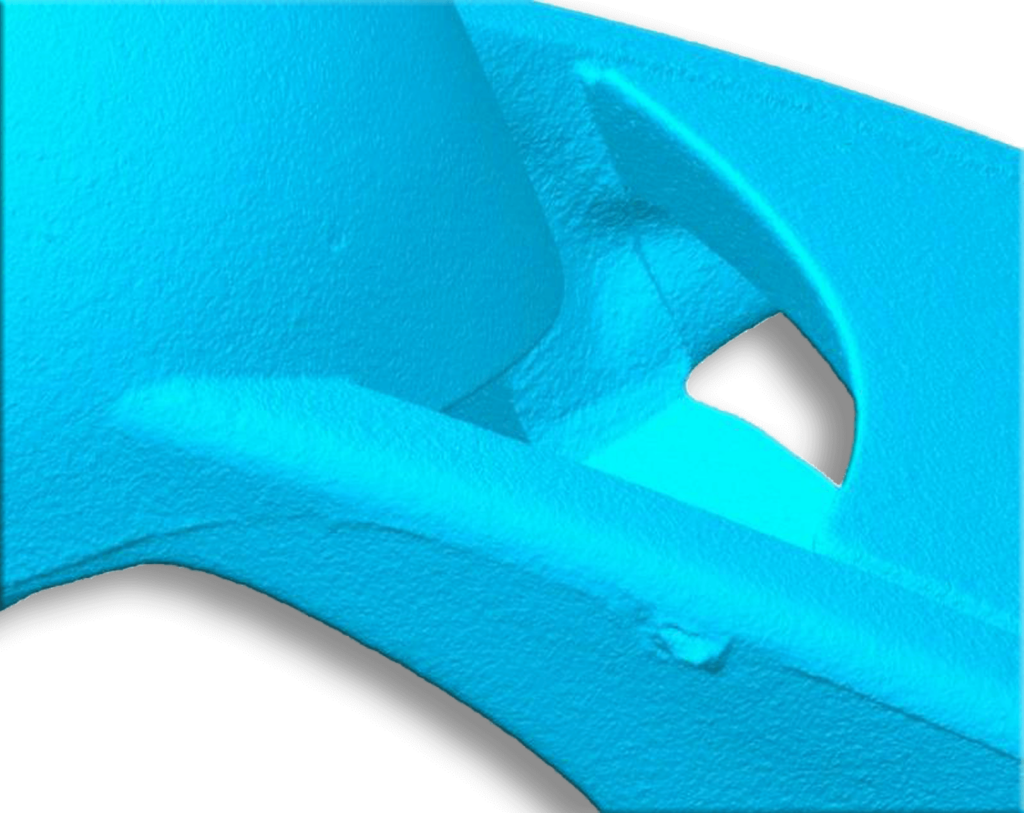 A process for the future?

Due to the “affordable” devices, 3D scanning has long since become one of the common tools during a development process. Whenever you need to bring something existing into the system. But let’s take it a step further and consider whether RE is not a part of the development process that is planned from the very beginning?

This thought brings us to another English expression, Simultaneous Engineering. In today’s world, there is no longer only the “conventional” way to develop a product. Product life cycles are becoming shorter and shorter, new products, new functions, new designs are required more and more quickly, and so we are also required to speed up the development process. In addition, with the various 3D techniques, we have many possibilities to recognize optimization potential early on and thus reduce not only the time but also the costs of optimization loops.

An example to illustrate: The customer has a product idea, the designer imagines a design and the constructor has a mechanical concept.

Even in the early stages of the development process, people now work much more closely together than in the past – even if the partners tend to be geographically further apart. Using WebEx or similar online tools, all three can see each other’s ideas directly on the screen, sketch together, and thus move forward quickly without always having to meet. We now have projects where in the “hot phases” there are daily WebEx meetings of sometimes only 15 – 30 minutes, which massively accelerate the development process.

At some point, however, the moment comes when work can no longer be done only on the screen: the customer has to give his marketing department a visual sample, the designer has to see the design in the flesh for the final touches, the engineer has to test his mechanics. Today, there are countless 3D printing processes* that produce the designed parts virtually overnight. It is very important to choose the right 3D printing process for each part. Because each process has its advantages and disadvantages and depending on the required accuracy, surface, material property or function, it is necessary to choose the right process.

Now the designer can manually rework his design and the constructor can fine-tune his parts. 3D scanning processes now make it possible to both feed the modified parts back into the system and thus not only document the changes, but also simultaneously serve as a comparison model for subsequent adjustments.

The areas of application for such methods in the development process are almost unlimited, and the technical possibilities are becoming more sophisticated and suitable for mass production every day.

Also, more and more possibilities are coming from the corner of “Industry 4.0”, where we are no longer just talking about “devices” but about networked applications and processes. 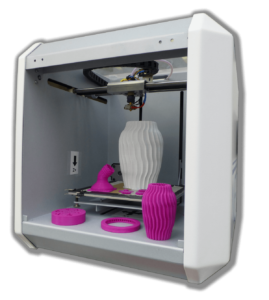 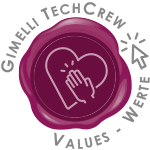